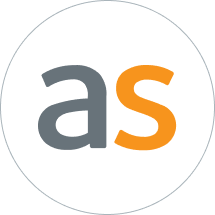 Sergio Navarretta and Alessandra Piccione, co-founders of SNAP Films Inc. work together as a director and screenwriter to create meaningful stories for both the big and small screen. The company's first feature film, Looking for Angelina, won four international awards of distinction, was theatrically released in fifteen Canadian cities, and featured at prestigious festivals in Canada, Italy, India, and Los Angeles, and is currently in worldwide distribution. They have produced several documentaries, award-winning short subject films, and feature films. Their production, The Cuban, won Best Narrative Feature and Audience Award at the L.A. Pan African Film Festival and the Montreal Black Film Festival.

Early in their careers, Sergio and Alessandra received funding through Alterna's Community Microfinance program. We had a chance to talk to them about their experience Alterna, and how it has impacted their careers and lives.

Can you tell me a bit about your story – where you started, how you've grown, and where you are now?

SERGIO: I was born in Canada to immigrant parents who came here because they wanted to experience something new. It was my Mom who pushed me into the Arts. I attended the Royal Conservatory of Music, first to study accordion and then voice. I attended York University for two years but didn't have a focus or direction while I was there. Then I met a film director, and it changed my life. Meeting someone similar to me and witnessing him produce and direct a Alessandra Piccione Sergio Navarretta movie and then release it in theatres was very exciting. Sometime later, I had a chance encounter with Titanic director James Cameron. His advice changed my life. He told me, "If you want to make films, pick up a camera and go shoot something," and that's what I did. I met Alessandra; we took some incubator business courses, received funding, mentorship and guidance through the Community Microfinance program at Alterna, and started to build our company. We eventually made our first feature film, and the rest is history.

ALESSANDRA: I started on an academic track. I was doing a MA in English and planned to continue to complete my Ph.D. but decided to take a break. I got involved with a theatre group in Toronto. They asked me to translate an Italian play, and I made it my own. I enjoyed the creativity involved in that process and felt like that was where I belonged. Not long after, I met Sergio and worked on a short film of his, and I got the bug. Now I work as a screenwriter and producer.

Do you remember how you first learned about Alterna Savings and why you decided to approach them about a loan?

ALESSANDRA: Getting involved with the Microfinance team was the key to it all. They walked us through the program and helped us take advantage of all aspects of the support offered. We used the loan to help with our initial operating costs and get a footing in the industry.

SERGIO: We had been rejected by traditional banks. As soon as you say media or arts, they glaze over, and it's still that way today. The big financial institutions are very much black and white when it comes to lending. We were embraced and appreciated by Alterna, and we really formed a strategic partnership.

What did your first loan from Alterna mean to you at the time?

SERGIO: It gave us confidence. When we received our loan, it was like a stamp of approval telling us that we matter, that our voices matter. The loan from Alterna wasn't just transactional; it also meant that we were part of a community. That very first loan connected us with a peer group. There was accountability - we were all counting on each other to succeed. Being part of a community is the key to success and was one of the greatest assets of the Community Microfinance program.

What impact did the Micro-loan have on your career and life?

ALESSANDRA: Those funds gave us choices that allowed us to shape the trajectory of both our careers. It let us control our path rather than depending on someone else or being attached to someone else's project. The loan helped us maintain control of our careers and determine what projects we worked on and developed independently. You can only do that if your company can have some operating money.

SERGIO: I mentor many emerging artists now, and I said to one of them recently: "Doing what we do is like building a house you have to start with the foundation, and then it's one brick at a time." There is a tendency - me included - to want to skip steps because you want things to happen faster, but you can't skip steps; there are no shortcuts. Working with Alterna was the foundational piece, and we built from there. After that period, we did our first feature film, Looking for Angelina, which was the project that opened up everything and launched our careers as filmmakers, but also as entrepreneurs. As much as we want to spend 100% of our time in the artistic realm of what we do, the business side is equally necessary, and that's what Alterna helped us launch.

Do you think microfinancing programs impact diversity in the arts community?

ALESSANDRA: Absolutely! Microfinancing impacts diversity in the arts because it allows new voices to come forward and create projects without necessarily having the support of the "establishment." Traditionally, you were either in the system or NOT; You were funded or NOT, and it was tough to bridge that gap. I think it (microfinancing) is very impactful in a positive way in terms of helping diverse voices and people from different backgrounds to build their careers.

SERGIO: On a practical level, when you walk into a branch and see people who look like you and dress like you and speak like you, it makes you feel like you belong. From the first minute we walked into Alterna, I remember that everyone was of different backgrounds, races, colours, religions, and it felt inclusive. I think it's essential to have that diversity and inclusion piece built-in - and Alterna has done a fantastic job with that.

What financial advice do you have for young filmmakers and entrepreneurs?

SERGIO: Get a coach, get a mentor; I can't stress that enough. An elite athlete will always have a mental coach, a physical coach, and a network to help them achieve their goals. That's part you don't see on Instagram - that's the secret sauce that makes them successful.

Then, learn the fundamentals of business. There are tons of books, speakers, and resources that we didn't have when we started. In the Community Microfinance program, we worked with a retired group of Sr. Executives that advised us along with the Alterna team and having that guidance and mentorship was critical. Neither of us had an MBA or any concept of how to run a business. I think that's my best advice. Get your team in place; your bank, lawyer, accountant, and advisors- regardless of whether you have money/resources or not, you can still have those people. When we started, we had nothing, but we went to the most prominent lawyer on Bay St. and the biggest accounting firm because we thought doing that would help open up our network and give us the guidance and the confidence we needed.

ALESSANDRA: I would recommend they go to Alterna. Working with Alterna at the beginning was essential to us, and we appreciate that experience so much.

Alterna Savings' award-winning Community Microfinance program was one of the first of its kind when it launched over 20 years ago and continues to be a leader in the industry. It demonstrates Alterna's commitment to supporting underserved entrepreneurs and increasing economic equity and inclusion throughout all communities in Canada. To date, the program has provided over $7.1M in micro-loans to a wide range of entrepreneurs, artists, tradespeople, newcomers, and many others, and the program is still going strong. 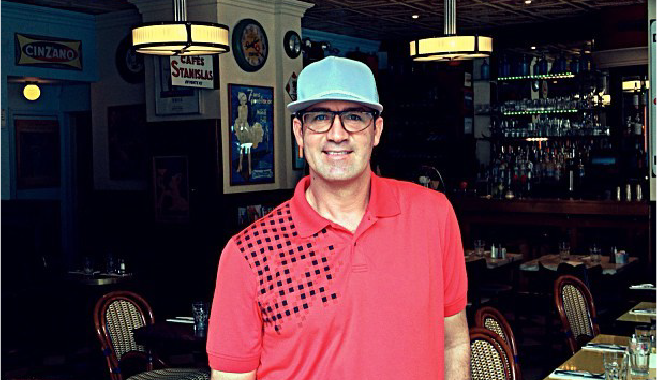